NEED TO SELL YOUR HOME IN LOS ANGELES

Home values and market conditions aren’t always predictable in Los Angeles. It’s a complex environment, and the subtleties make all the difference. Buyers with deep pockets frequently purchase homes in the more recognized areas of Los Angeles, and homeowners with properties outside of these areas aren’t likely to have the same luck.

Los Angeles has received worldwide notoriety for its high value homes and luxurious neighborhoods. Home values in major neighborhoods definitely live up to these expectations. It’s no secret that homes in Bel Air regularly sell for millions of dollars. The rich and famous love the exclusivity of this neighborhood, so tourists love to stop in and take a peek at the breathtaking properties and the people who live there.

The market is in a truly neutral position when you view it as a whole, rather than separate neighborhoods. Some areas favor sellers, and others favor buyers. Los Angeles acts more like a cluster of micro markets, which makes it exceedingly difficult to generalize patterns. About 5% of homes will sell for less than their previous price, and 14% will sell at some kind of price cut.

The market has done a good job of rebounding from the real estate crisis. Values have returned to exactly where they were before the big drop, and market growth is slow but steady. The market is growing at less than 2% per year, which is a stable and predictable growth trend. These conditions make for a market that’s above average level of health that is easy to sustain.

Most of the home sales in Los Angeles transpire in a few select areas. Homes outside of those areas aren’t moving in a way that inspires optimism. Some neighborhoods are larger draws, and most buyers don’t even consider homes outside of these small zones. This often leads to lower value homes being left behind. These overlooked homes have created small standstills scattered around Los Angeles. 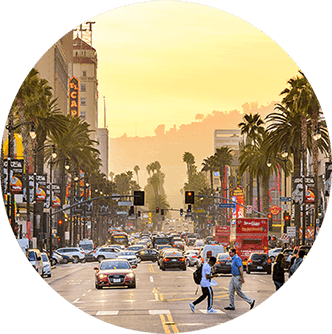 If your Los Angeles home won’t sell, it’s probably located in one of the stagnating areas. These homes generally take a long time to sell if they even manage to find a buyer. Before you let anxiety get the better of you, try shifting your perspective and considering what choices you can make that will have a positive effect on the sale of your home.

If your home is located outside of an area of interest, any defect with your home will reduce your already bleak chances of finding a buyer. Structural damage is a deal breaker in most scenarios, as most buyers are unwilling to consider a property that needs work. If you have the available funds to make necessary repairs, that can really make a difference. If you don’t, you might have other options.

LOCATION OF YOUR HOUSE

Unfortunately, your neighborhood may be the biggest part of your problem. Even if your house is great, most people come to Los Angeles to live in a few select places. Short of picking up your home and setting it down somewhere else, your hands are tied. If your neighborhood or the condition of your home are working against you, there may be something else you can try – working with an investor.

Investors aren’t bothered by the location of a home, or even they shape they find it in. They aren’t going to live in the homes they purchase – they’re going to soup them up for someone else, and they use their own money to do it. In an investor, you have a guaranteed buyer that doesn’t care about what’s marketable. All you need to do is accept their offer and move onto something better.

WHY USE AN INVESTOR?

An investor can guarantee you a sale, and they can do it quickly. You can forget about all of the hang ups you were having on the regular market when you decide to work with an investor. They don’t look at your home with the eyes of a normal buyer. They renovate properties, so all they care about is the amount of potential. It doesn’t matter if your home has been significantly damaged in a fire, or even if your home is full of mold. They have their own plans, and they’ll do all the work.

Home Buyers USA is one of these investors, and we’re eager to help you see the light at the end of the tunnel. You’ve been waiting long enough, and you deserve to find a buyer. We’re here to fill that role. All we need from you is some basic information about your situation, and we’re prepared to bring the matter to a conclusion you’ll find satisfactory.

HOW DO YOU START THE PROCESS?

Working with an investor has almost nothing in common with using a real estate agent. It’s an entirely different process, and it’s actually a lot easier. If you’re interested to see what we can do for you, the whole process is three steps. You can start it on this page.

Near the bottom of the page, you’ll see a form with a few blanks you need to fill in. That form sends your information directly to our home investment experts, who will be able to respond with an offer in as soon as 24 hours after we receive the details.

Our offers are always cash. Our funds are available immediately, and we can purchase your home as soon as you approve.

If you decide to work with us, we can buy your home right now. There are no banks to deal with, no escrow processes, and no agents to cut in. Your home will go directly from you to us. If you don’t accept our offer, we might still have useful information for you about where you can turn for help.

HOW ARE INVESTORS DIFFERENT

Working with an investor is so much easier than fighting against a hard market. When homeowners turn to us, we know it’s because things are getting rough. The investment process is designed with you in mind, and we do everything we can to keep things simple.

Most buyers will require that certain issues with a home be fully fixed before they’ll purchase a property. We want your home with all of its flaws. We’ll fix any damage or code violations after we buy your home.

Things are a lot simpler when there’s less people involved in the sale of your home. Closing can get complicated, and real estate commission needs to be settled. That doesn’t happen when you work with a private investor. The paperwork is kept to a minimum, and we can handle it.

If an investor ever asks you to pay closing costs, you should think twice about working with that investor. We never expect a homeowner to pay closing costs. When we make an offer, we’ve already considered all of the costs we’re going to run into. Your money is yours.

We Only Buy With Cash

The majority of buyers don’t buy with cash. They need to work with a financial institution to get approved for a home loan. Not all home loans get approved, and homeowners have to go back to the drawing board. Since we only use cash, we’ve eliminated the chances of loan denial. Our money comes directly from us.

We can close on your home in 7 days, and that’s not something you’re going to find with most other sale methods. Investors cut a lot of fluff out of the process, allowing the sale to get from point A to point B with little interference.

We work with a lot of homeowners in tough situations, and this has given us empathy. We understand what you’re going through, and we intend to give you the respect you deserve. We’re here to help, and we’ll do everything in our power to make sure the sale of your home is quick and painless.