NEED TO SELL YOUR HOME IN ST. PETERSBURG?

There are a lot of beautiful homes in St. Petersburg, but they aren’t always so easy to move. There are excellent pieces of historic architecture, but they’re very close to an actively thriving city. There are always buyers for city homes, but they’re fewer and far between. Most families prefer to the safety and silence of a quaint suburb over the bustle of industry. It may be tricky to sell a home in St Petersburg, but that doesn’t mean you can’t do it.

Most of the homes in St Petersburg don’t command high asking prices. This is partially due to the fact that urban decay is rampant. Rather than renovating and repairing older homes that have seen better days since the city has developed around them, the solution became erecting condos and apartment buildings to serve the local population. The city is hard pressed for space, and apartments became the norm very quickly.

Historic Uptown and Downtown Saint Pete feature a lot of older homes that were built before the area became largely commercialized. The antiquity of these properties, as well as their excellent level of preservation, makes the values of these homes substantially higher than homes in the surrounding areas. That having been said, their value doesn’t necessarily make them easier to sell. They’re still in busy areas that see a lot of traffic, and this is a significant drawback for many potential buyers.

Relatively speaking, the market is nearly cold. This means that buyers are going to have a much easier time making offers in the market, because homes aren’t selling the way they used to. Even with the median value of homes sitting at $165,700 for the entire area, that’s not what buyers are offering. About 17% of homes are selling at a price cut, and nearly 7% are selling lower than their last sale price. With foreclosure and negative equity being low, these factors are indicative of St. Petersburg being passed up by buyers.

Despite sellers being at a significant disadvantage, the market is still healthy. Values are stable and growing at a modest rate of about 5% annually. The median value for St Petersburg homes dropped below $100,000 in 2012, down from a high of $190,000 in 2007. Despite the hit, things have repaired themselves in a satisfactory way. The growth will continue until it eventually stops, though values may not fully return to their previous high.

Unfortunately, the rebound and stabilization of the market wasn’t enough to bring the buyers back. The typical buyer in today’s market is looking for a home in a suburb that moves at a slower pace than most of Saint Pete. People moving to the area are far more likely to rent an apartment than to buy a home, especially with the cost of living in the city being so high. This has lead to a lot of homeowners having trouble finding the right buyer. If you’ve been waiting around for a while, you’re far from the only one. 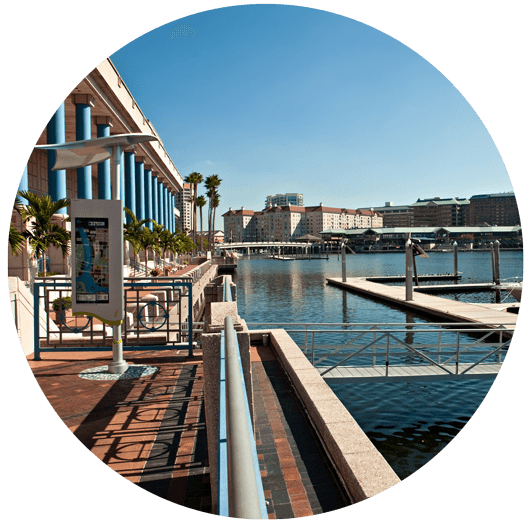 Finding yourself unable to sell a home in St. Petersburg shouldn’t be a shock these days. It’s a common issue a lot of homeowners are faced with, but that doesn’t mean their hands are tied. If you’re one of those homeowners, there are three things you can do to expedite the process. Admittedly, none of them are simple or even ideal.

If your home’s value is particularly low, making some improvements will increase its appeal. Competition is high in areas where most of the homes are similar, particularly because buyers are most likely to select the home they can get for the best deal. If you can use a new roof or a modernized kitchen as a selling point, buyers may be more likely to consider your home. The only problematic aspect of investing money into your home is that it doesn’t necessarily guarantee that you’ll make that money back. It could help your home sell, but there’s no telling whether or not you’ll sell at a loss.

Another thing you can do is to price your home competitively. If you don’t have the money to gamble with when it comes to repairs or renovations, you can accept the lowest bid. In a buyer’s market, buyers have a tendency to get cocky. Sometimes, these offers are shockingly low. If you’re in a hurry to sell your home, you may feel tempted to take whatever you can get.

If neither of these options sounds like the right fit, you have the alternative of selling your home to an investor. Investors don’t care if your home is in bad shape or located in a bad part of the city. They don’t look at your home for what it currently is – they look at it for what it could potentially be. They aren’t like regular buyers who are looking for move-in ready homes, so they’re willing to move quickly.

WHAT CAN AN INVESTOR DO?

An investor can turn a stressful situation into a successful one. When you’re having a difficult time and you find yourself relisting your home multiple times, an investor will be willing to look past the flaws that prevented potential buyers from sending you offers. Working with an investor will allow you to move fast, and they’re almost always willing to buy.

Home Buyers USA would love to take a look at your home. We only need a few pieces of information from you before we can prepare a quick cash offer on your unwanted St. Petersburg property. We know things have been difficult for you in the current housing market, and we want to turn your luck around. We can start the sale process almost immediately after you accept our offer, and we’re prepared to do all the hard work.

HOW DO INVESTORS WORK?

When you work with a real estate agent, the process becomes very complicated. When you work with us, we try to do the exact opposite. We can get started in 3 simple steps, and we’re willing to work just as hard as you are.

ASK FOR AN OFFER

When you scroll to the bottom of the page, you’ll see a small form. Fill it out, and securely send your information to us. We have a team of experts available to review your information in as little as 24 hours. We’ll get back to you with a fair offer on your property.

Our offer is 100% cash. We don’t need to get approved for any loans, and there’s no commission or closing costs involved. We’re prepared to buy your home immediately and put you through a speedy closing process.

GET BACK TO US

We’d be honored if you accepted our offer. We’d love to buy your home and help you move on. If you decide not to work with us, we won’t leave you out in the cold. We may be able to provide you with helpful information or alternatives to get you on the right track.

One of the biggest advantages to working with a home investor is how easy the process is. There are no hoops to jump through, and there’s a limited amount of people involved in the sale of your home. With good communication, things run smoothly.

While a real estate agent or a traditional buyer may request that you fix issues with the home before they purchase it, an investor won’t do that. Investors fix up homes themselves, so put away your toolbox and close your wallet.

LESS PAPERWORK FOR YOU

Commission fees and the closing paperwork are a thing of the past when you work with an investor. It’s a direct sale to a private buyer, you we’re able to bypass most of the paperwork formalities. We can handle most of the forms on our own.

NO HIDDEN COSTS FOR YOU

The best investors will never charge closing fees to sellers, and we proudly put ourselves in that category. When we make an offer, that’s how much we’re giving you. We aren’t going to take any of that money back.

Regular buyers need to go through a bank to secure a loan. Sometimes, they’ll be denied that loan and you’ll need to restart the process from the top. Since we pay in cash, we don’t need to get approved for anything. We can pay immediately.

SEAL THE DEAL IN A WEEK

We don’t have to wait and negotiate. We can close almost as soon as you accept our offer – oftentimes, in as little as 7 days.

WE PLACE EMPHASIS ON RESPECT

We know that things are probably tough for you right now. Selling your home has been difficult, and we want things to be easier for you. We’ll respect your situation, and do everything we can to help you through the sale.