NEED TO SELL YOUR HOME IN ST. LOUIS?

St. Louis is a mixture of quaint cottage style homes and 6 bedroom luxury estates. While there are definitely buyers for both kinds of properties, they each have their own specific set of challenges when thrust into the current real estate market of the region. Every home requires a strategy, and no home is impossible to sell.

St. Louis is home to a true blend of property styles, and because of this, values are drastically mixed. A buyer could purchase 6 homes in The Ville for the same price as one home in Compton Heights, as the variations are so remarkably dramatic. A significant portion of St Louis is old construction that has yet to see any major improvement. These homes are valued much lower because of the contrast they strike against the properties in neighborhoods that are updated.

Homes in The Ville or The Greater Ville rarely go up for sale, because there aren’t many interested buyers. These homes are generally smaller, and are more likely to resemble apartments. The lack of interest has pushed values and sale prices down. It’s not unusual to see a home in one of these areas list and sell for less than $10,000. The majority of buyers prefer larger homes in more developed areas closer to the major metropolitan areas which command a higher value due to their in-demand status. Areas like Central West End also have their quirks, with some homes going for as low as $160,000 and palatial homes selling at over $1,000,000.

The St. Louis housing market reached its lowest point in November of 2012, and it has climbed back a little since then. In Spring of 2007, the peak average of area home value estimates was at $131,000. Today, it’s closer to $111,000. The ascent has been slow, but it’s steadily happening at a rate of about 5% a year. This value increase is good news for homeowners, but it does little to nothing to affect the overall market health.

The market in St. Louis is considered to be stable, ranking in just below average. This is less than ideal, but stable is better than outright unhealthy. Approximately 0.2% of homes are faced with negative equity, which is double the United States average. One in every 5,000 homes in St Louis is foreclosed upon annually, compared to the nationwide average of 1 in every 10,000. Things aren’t going very well, as St Louis is slowly dragging behind in housing market recovery.

Homes are sitting on the market for seemingly unreasonable periods of time, causing many homeowners to lose hope. Of the homes that sell in a given year, over 20% sell at a significant price cut. The market is neutral, and neither buyers nor sellers are getting a lot of action. Because of this, a lot of homeowners have declined the opportunity to relist their home. Listing times aren’t going down, and properties aren’t selling for as much as they probably should.The statistics are stacked against the average homeowner, but this doesn’t mean that everyone is out of options. 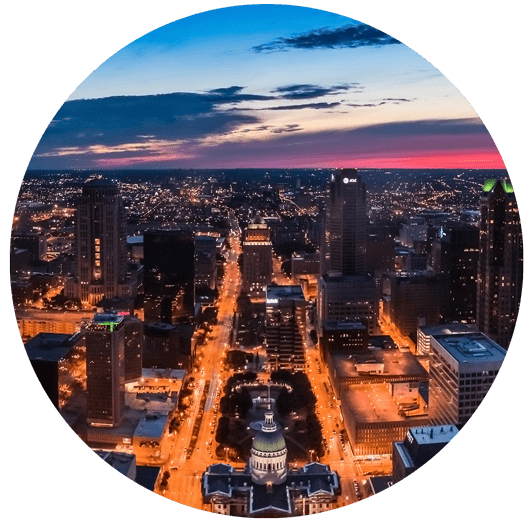 The market is stuck in something of a deadlock. A lot of St. Louis homes aren’t selling – including homes that would otherwise be considered highly desirable. The facts and figures relating to the market don’t inspire optimism in buyers, and a lot of them are making the decision to bypass St. Louis entirely. The properties that do sell are generally mid-value homes in neighborhoods perceived as mildly affluent. Most other properties never get a second glance.

Homes in The Ville and The Greater Ville have other factors working against them. Most of these homes are very small, designed for only one or two occupants. Since they’re also old, they often need repairs and renovations to be perceived as appealing. In many areas of St Louis, monthly rent rates are going down. People who don’t require a lot of space would rather rent an apartment, where maintenance and renovation costs will be the responsibility of their landlord.

COULD YOUR HOME USE UPGRADES? 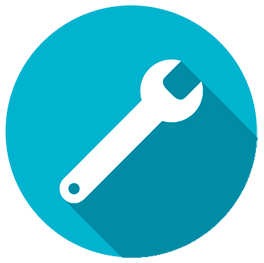 If modernized, these homes would probably sell a lot faster. Converted to an open floorplan and optimized with space saving amenities, these smaller homes quickly become a much better value than an apartment. Renovating the spaces will undoubtedly improve sale potential, but doing so comes at a price.

Since so many of these homes sell for below $30,000, laying out a few grand in cash to renovate them could easily become a misappropriation of your funds. Sure, the house may sell, but the homeowner ultimately winds up losing money after the transaction is completed.

CAN AN INVESTOR HELP YOU?

Investors will purchase just about any property – regardless of value, location, or state of repair. In the market’s current state, it takes a really tempting offer to draw in the average St. Louis buyer. Investors purchase properties, modify them to suit the tastes of the local market, and then resell them.

They purchase homes in cash by making homeowners offers that reflect the price of the necessary repairs or renovations. The homeowner spends nothing out of pocket, and the sale is finished in a timely manner.

Home Buyers USA is a home investment company that would love to purchase your St. Louis home. With the market in its current standing, it may be wise to get out as quickly as you can. When you want to sell your home, don’t give up. Contact us with information about your property, and we’ll be glad to give you a quick cash offer on your St Louis home.

HOW DOES IT WORK?

We want you to understand the process before you decide to work with us. We utilize a three step process when working with homeowners, and we try to keep all three steps as easy as possible.

ASK FOR A CASH OFFER

We’ve included a form at the bottom of this page that you can use to submit your information. We’ll be able to draw up an estimate based on the information you give us, and ultimately prepare you an offer.

The offer we provide you with will be all cash. You won’t have to pay for any fees, repairs, or agent commissions. We’ll buy your home exactly the way it is, and we don’t expect you to do any work.

If you accept our offer, we’ll begin the sale process immediately. If you don’t, we may be able to help you locate other options that will work better for your needs.

This is a summary of the process we use to eliminate the stress a homeowner may face during the sale of their home. Many homeowners have questions about how the process works, and we’re available to answer any and all of those questions.

We Take Your Home As-Is

If your home needs work, don’t worry about it. We’re already anticipating that, and it will never dissuade us from purchasing your home.

We’ll Do The Paperwork

We’re prepared to cover all of the closing costs ourselves. Any work contracts or permits that need to be drawn up are all on us. All you need to do is accept our offer and take your cash. Leave the hard stuff for us to handle.

You Pay No Closing Costs

This process does not cost you a dime. A reliable investor would never hide fees on a homeowner looking to make a sale. The offer we prepare you reflects our expenses, and we won’t ask you for a thing in return.

We Pay You in Cash

We don’t need to work with a bank or get a loan approved. We only work with cash, and we can pay you immediately. This reduces the duration of the process and helps you see the end sooner. You don’t have to worry about loans falling through or transfers taking a long time.

We Close in as Little As a Week

When you sell your house on the traditional market, the closing process takes a long time. Sometimes, sales fall apart before closing can even be completed. Since we work with cash, we don’t face the same limitations and restrictions that the majority of buyers face. We can close in 7 days, and you can move on with your life.

A lot of families decide to work with investors because they’re stressed out. Sometimes the market is tough, or financial distress is in play. We understand what that’s like, and we want to help you. We’re eager to offer you cash and buy your home quickly, so you can start walking down the path to a better future.